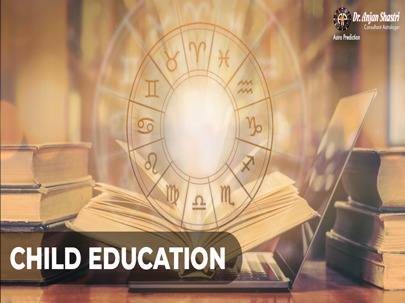 How Astrology Affects Education of Child!

Astrology can play a major role by analyzing one planetary position using various permutations and combinations and helps to move towards the perfect direction of the career.

Education plays an important role in every child. All parents want that their child has a bright career in the future. There are twelve houses in a chart and each house has its own importance pointedly. It determines by the 5th house and the ascendant is given maximal importance. It is to be supposed that there is a malefic planet in the 5th house thus its association with the ascendants has to be scrutinized for the education and the profession of a child. The child will be more successful in his or her education area if the ascendant is Gemini and the 5th house planet is mercury.

How Astrology affects Education of Child

When the 5th house is occupied by Jupiter and the ascendant is Taurus, then it may be concluded that a child can be confused. The reason is that the direct association of Jupiter with the Taurus whose ruling planet is Venus may not be favorable for the child because Venus is not the friend of Jupiter. It is said that the education of a child can be determined by the 10th house and its profession by the 9th house. According to the planets and the moon sign of the concerned house, a child is more prone towards the profession. Thus for knowing the exact education and professional life of the child, a complete analysis of the horoscope is needed for the same. If you wish to know the thorough anatomy of the chart of your child you can consult our best consultant Dr. Anjan Shastri. He provides excellence in analyzing the detailed educational path and career of a child. 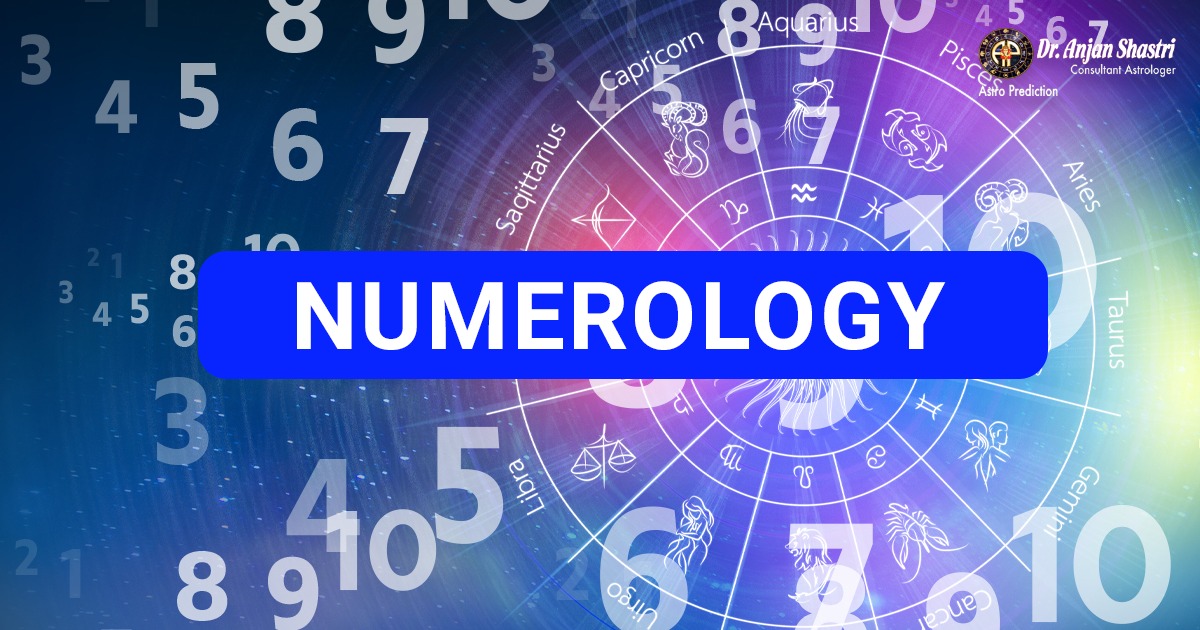 Numerology is one of the aspects of Astrology that deals with the study of numbers. It helps you to find the disguised meaning of the world. It can guide you the probability of becoming something, your strengths, and your weaknesses. Attitude number, life path, and birth number are extracted from your birthdate, and Soul’s urge number, power number, and personality number are extracted from the letters of your name. Each and every one has its own significant meaning and place. The most prominent one can be said as your life path number. Anjan Shastri is the best astrologer and famous astrologer for numerology.

From one to nine each of the numbers has a spiritual meaning, which can be applied to individuals in different ways.

If you want to get a deeper pitch that how numerology can be applied to you, specifically, you’ll have to calculate your Life Path number. In that, a single-digit number will be derived from your birthdate.  Your Life Path number is nothing but similar to your astrological sign. When you were born it can provide some perception into what sort of thinker you are, and what is your role in your family and friend group.

Also, we’ve depicted out how the numbers one to nine can help you derive a sense of your spiritual orbit. As you came to know that how the numbers relate to you, this practice can be as explanatory as your weekly horoscope. You have to pay attention to the numbers that come up as you go about your daily routine. You can get your best online consultation of numerology from here. 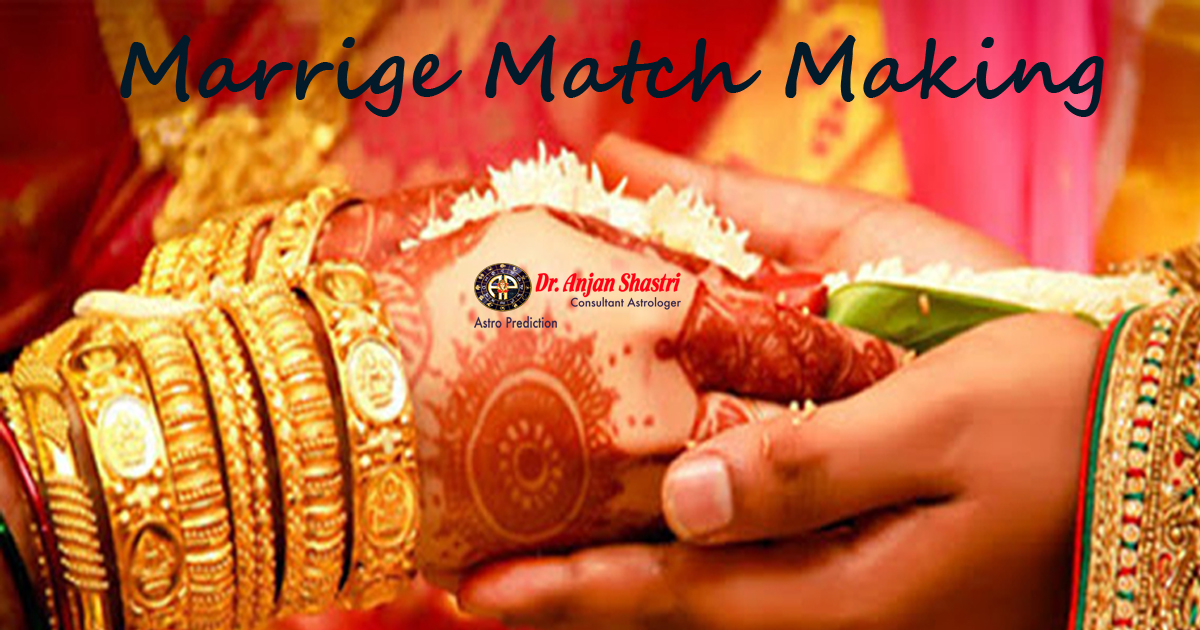 Matchmaking for marriage is a ritual from past ages in INDIA. It is the process of matching two souls together for the purpose of marriage. It was said that when marriage joins two souls, it is to be noted that the heavenly bodies accompanied each other, resulting in peace, happiness, and harmony in married life.

In India where arranged marriages are common, many people want to secure their marriage life by matchmaking the birth charts of bride and groom before marriage if any remedial measures are needed to be taken.

Importance of Horoscope Matching for marriage

The Main importance of Matchmaking is the Selection of a Right Life Partner. At the time of our birth, the position of planets in the sky indicates many things, including our Marriage. So match Matching, prepared from our birth, will give us an idea about how our Married Life will be and the most suitable time for Marriage. Matching of charts needs a lot of hard work and can only be possible if you have many years of practical experience in Astrology. Anjan Shastri is the best astrologer who gives you proper remedial measures for marriage matchmaking.

•              The major reason for Matchmaking before marriage is the compatibility of the bride and groom. If two persons are not compatible with each other, it becomes very tough for them to Stay together for a long period of time.

•              It also predicts financial stability and job prospects. Hence the Luck and fortune of Boy as well as Girl Should be properly detected.

•              The Married Life will be completed with a child. By Horoscope matching it determines if the Boy or Girl has the Yoga for child or not. Since a family is said to be completed only after the birth of a child, so the parents are very particular to stable this happiness for their children after marriage.

•              Sometimes the Time is not Favorable but the horoscopes and everything match perfectly. Hence the result of any task executed in an Unfavourable time is said to be unfavorable. 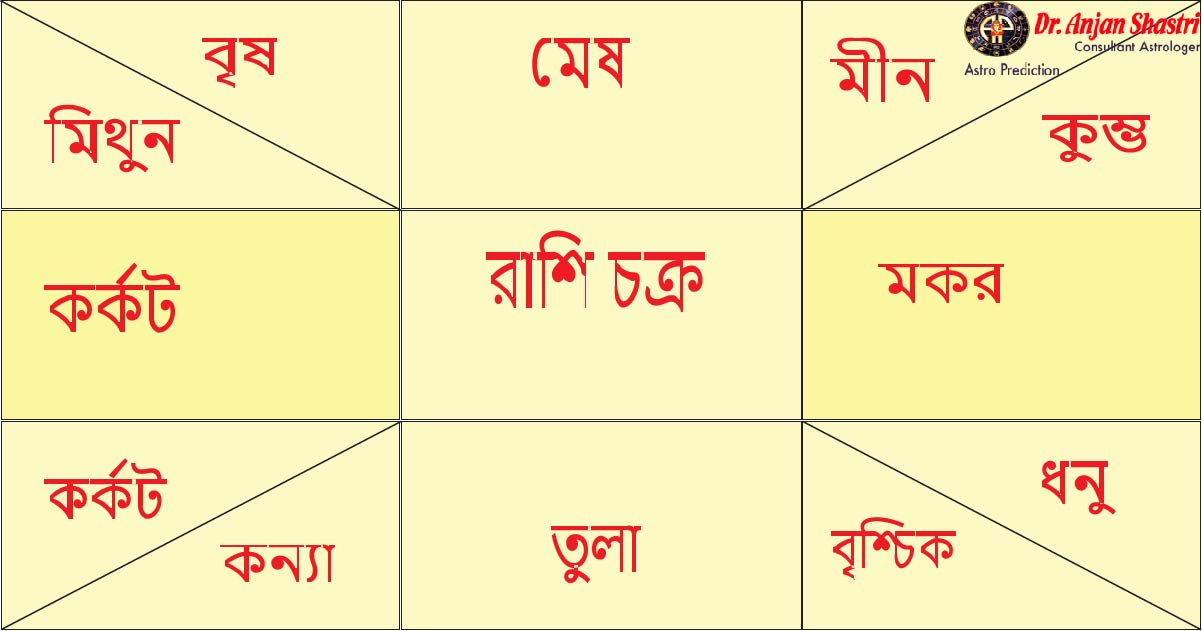 Anjan Shastri is Janam Kundali expert. He also does Graha Shanti Yagya havan for the success of family and peace amongst entire relatives following the necessary steps and measures. He is well-known for his predictions and his predictions come true. The Kundli or Vedic birth chart describes a visual way where the planets were at the time of your birth.
Your Kundli also shows the relationship between the planets, and their impact on each other and is used to analyze your work, personal, health, and family life.
Your Kundali can also contain other graphs and charts and analysis or predictions of these charts. 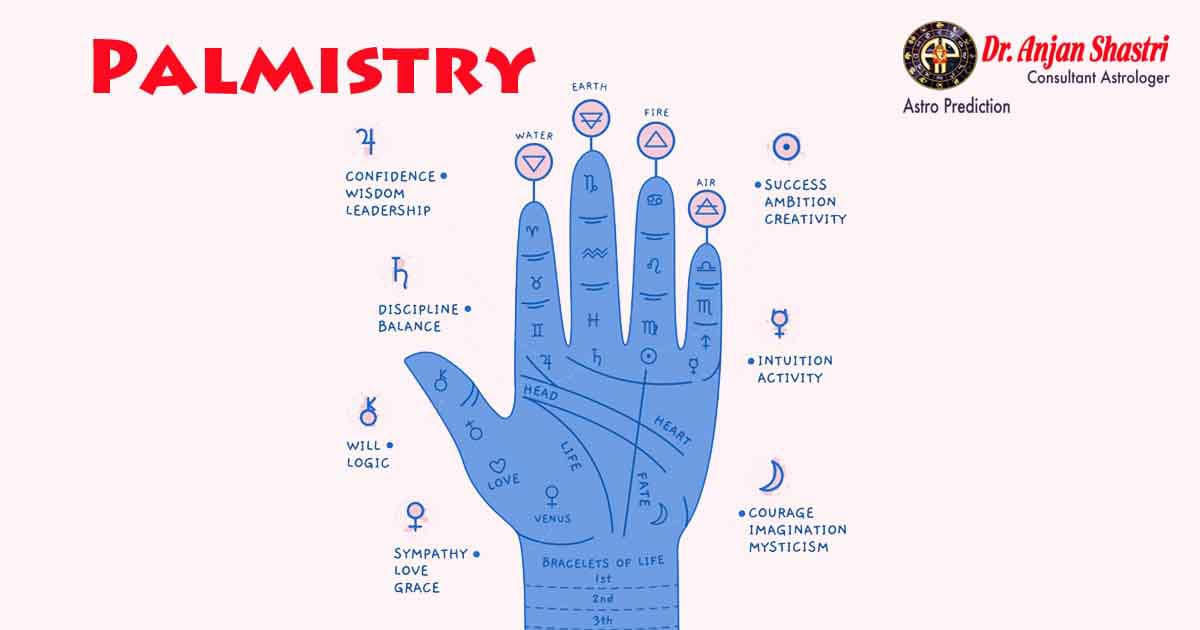 Anjan Shastri is a respected Indian astrologer, who has been in the business for over 20 years. He gained recognition as the best astrologer in India, and now he’s one of the leading palmists in the world.
He is known for his expertise in Vedic astrology, Numerology, and Palmistry. It’s not uncommon to find an article about Anjan Shastri’s predictions in major newspapers or on TV.
Anjan Shastri has also written books about these topics and lectures regularly around the world.
Palm reading is an ancient art that goes back to the time of ancient Egypt. It concerns the study of the lines in the palm of one’s hand and is said to reveal a person’s character and life. Palm readers will be looking at the shape and position of the thumb, the size and shape of both hands, as well as the length and thickness of fingers. They will also be examining where each finger begins. In addition, they will be looking at what is known as “Life Line” which denotes how long they expect you to live. Palm reading is believed to have existed ever since people could walk upright.

Palm readings can tell a lot about a person, like their personality traits, interests, and even their future. There are so many things you can learn from palm reading that it is often seen as an alternative to astrology for those who don’t believe in it or prefer a more grounded type of reading.
Chinese people use a person’s hand to tell their fortune by looking at lines on the palm of their hand. In Japan, it is believed that your lifeline shows your health. Palmistry is also practiced in the West, where people believe that lines on the palm reveal clues about personality traits or events to come.
1) Astrology
2) Palm reading 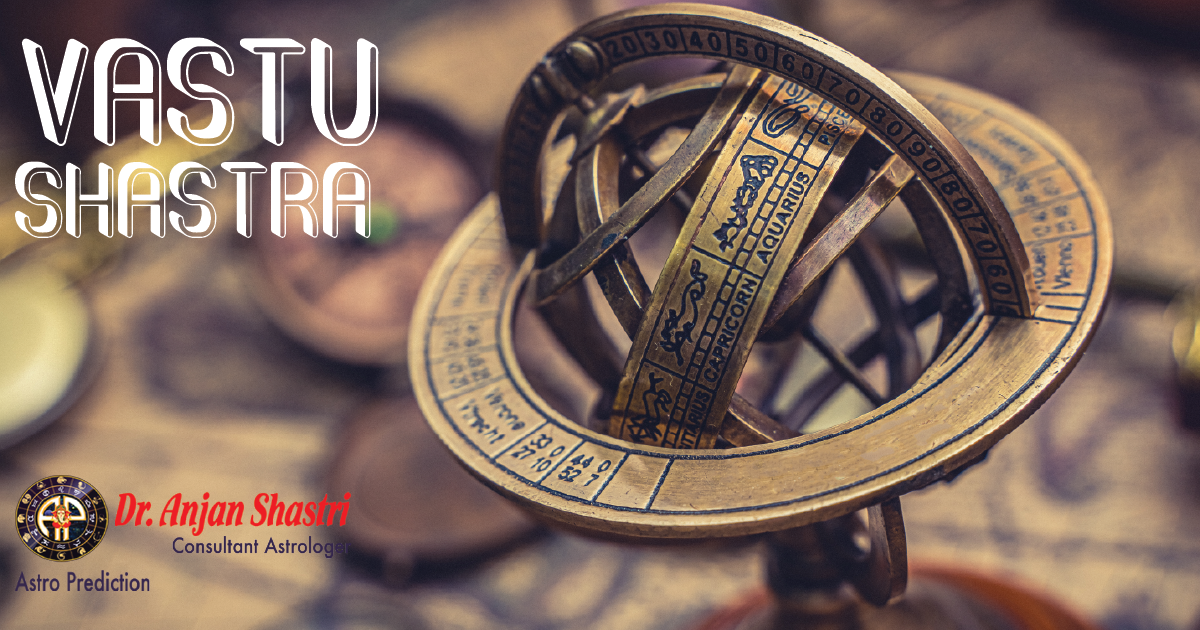 Vastu Shastra Is an Important Part of Indian Architecture

Anjan Shastri is the best astrologer in the city of Burdwan, Bankura, Medinipur, Hooghly. He is well-known for his predictions and his predictions come true. His predictions are determined by Vastu shastra which is a form of architecture that is used to make decisions about where people will live.

It is an important part of Indian architecture that has been used for centuries. It was practiced by Vedic priests and architects who were very knowledgeable in these fields. It was originally developed in India but has become popular in many other countries as well.

Vastu Shastra is an ancient Indian science that can be used for designing anything from a house to a temple. Vastu Shastra states that everything should fall within certain limits or rules. These limits should not just be followed but also respected so they are done with care and love for the design. The size, shape, and placement of things must be taken into consideration when designing something according to Vastu shastra guidelines. It is said to be a way to achieve the best balance in life. It is a way for people to live in harmony with the environment, and around those who are closest to them.

It is said that by following the principles of Vastu shastra, people can lead fuller lives; free from worry and stress. 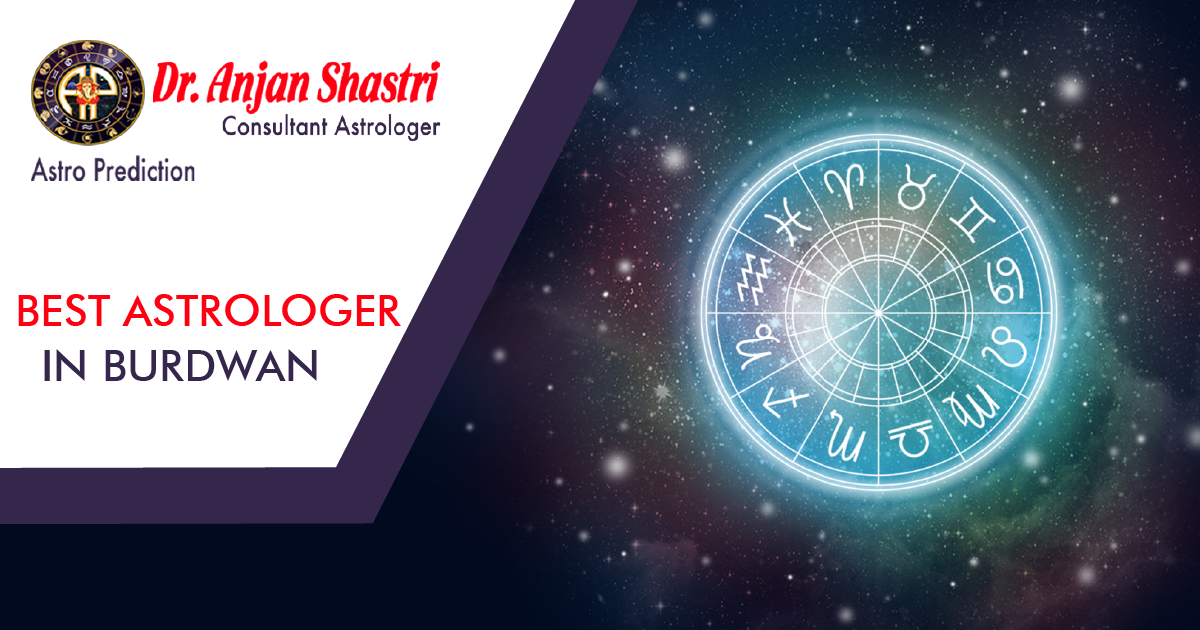 Shastri, a graduate of Kolkata University, has lived in Bankura for five years, where he runs a traditional astrology center called Bhushan Sabhavi.

In 2011, Shastri set up a proper astrology center at Kankinara.

In 2013, he was chosen as the most promising astrologer of Kolkata, and he also has been invited to hold talks in schools.
His study and charting of stars are different from what is usually taught in schools.

His practice for people is to ask them to come on an auspicious day and get their chart done.

Our best astrologer in Burdwan, Dr. Anjan Shastri feels that people should learn more about astrology. “The fundamental thing is that astrology is based on the sun, the moon, and the planets. If you know that, you can take a guess about the future,” he says.

The Kolkata-based astrologer has a knack for finding solutions for people’s everyday problems. He also wants people to seek out scientists, scientists in specific fields, to seek out their solution.
Awards of Shastri are:

*Most Practical Expert in Astrology

*Scientific Studies Award (For the year 2016)

*Astrological Succession Chart for One Week (2017)

Awards of Vishnu Varma
*Online Research Award (For the year 2013)

*Gold Medal of Astrology Research Committee (For the year 2016) 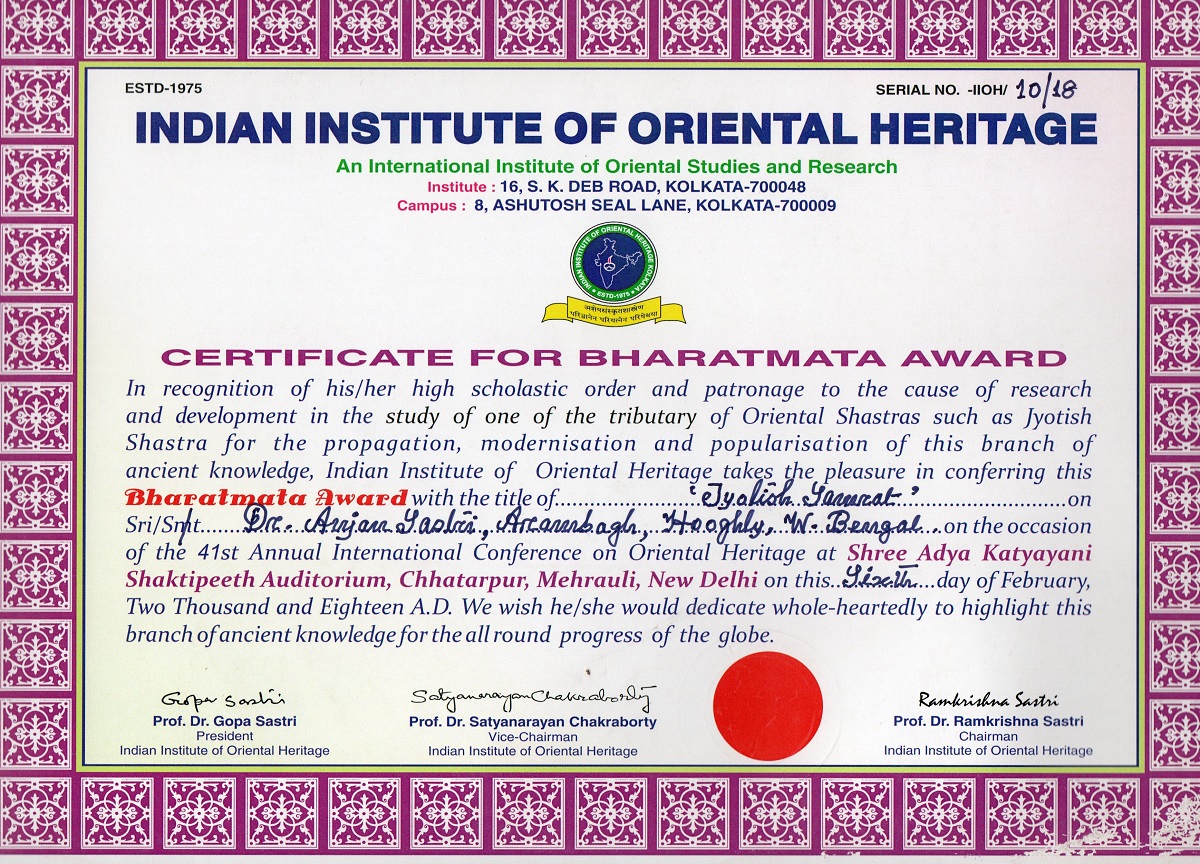 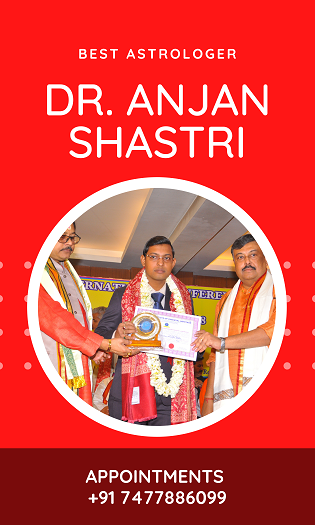